Croydon covers 320km2 of the Mallina Basin and contains a 40km strike of the highly-prospective Tabba Tabba Shear, some 70km along trend from the Hemi Gold Deposit.

CZR believes that the area has the potential to emerge as a major gold province.

The project geology is dominated by Mallina Basin sediments through the western half of the tenement and a granite-greenstone terrane to the east.

Systematic sampling and drilling in 2019 at Top Camp led to the discovery of significant intercepts of gold mineralisation.

Named prospects in the granite-greenstone terranes (Murph and Martin) represent gold and copper anomalies in the greenstones near the contacts with a large granitic intrusive.

Copper mineralisation at the Martin Prospect is associated with a conductive electro-magnetic anomaly while Murph Prospect has significant gold-in-soil anomalism over an area of old prospector workings.

Elsewhere across the tenement there are large areas with evidence of historical prospector activity that are being progressively sampled and drill-tested.

CZR has a compilation of historical drainage, rock-chip and gridded soils assays, and has been extending the amount of surface sampling on the project since 2018. Selected follow-up RC and diamond drilling campaigns in 2019 and 2020 focussed on the Top Camp prospect. There has also been some drilling at Bottom Camp and Franks Patch and all the prospects require further work. Activities at Top Camp shows there is an effective relationship between gold in soils and significant gold intercepts in the underlying bedrock and the limits of the mineralised system have yet to be defined.

Top Camp covers an area of ~4 km2 with minimal historic drilling but extensive evidence of prospector disturbance over the area with coherent gold and pathfinder soil geochemistry.

The next phase of work proposes geophysical surveys and infill and extensional drilling on mineralised structures to better define the economic potential. 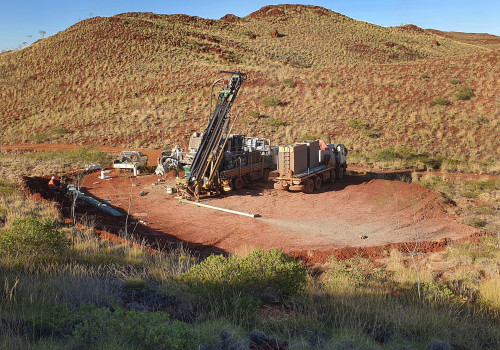 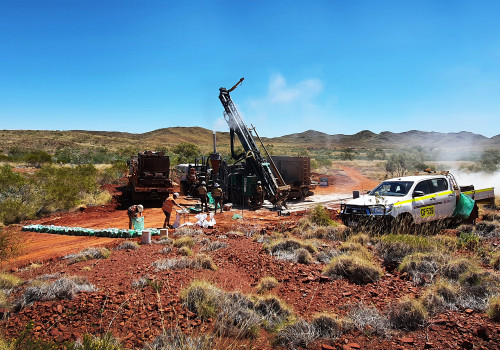 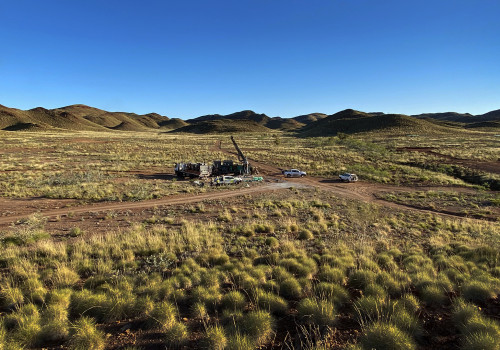 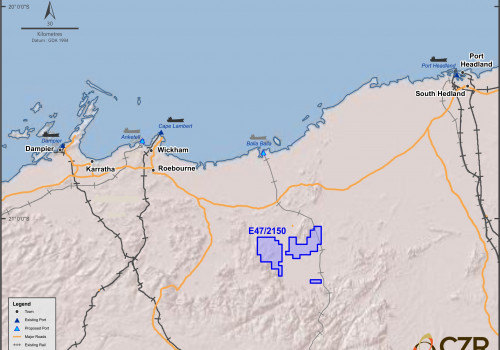 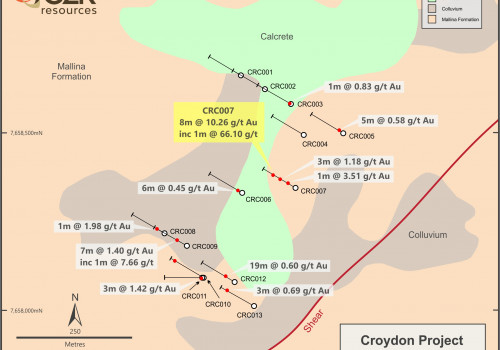 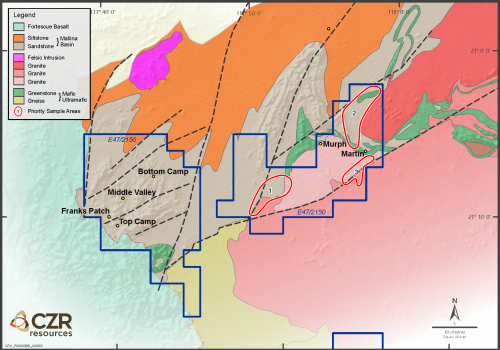 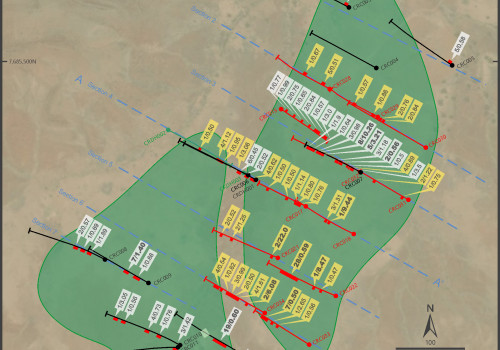 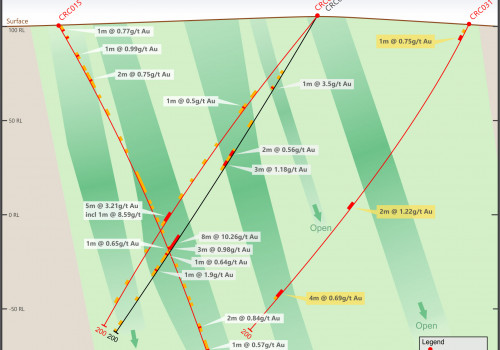 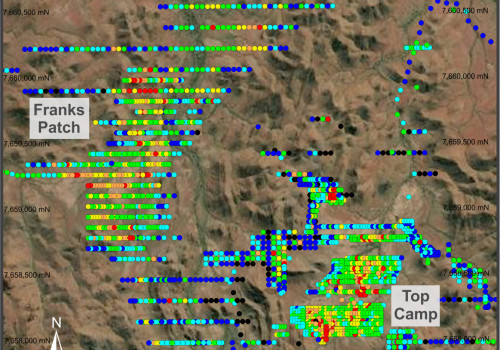 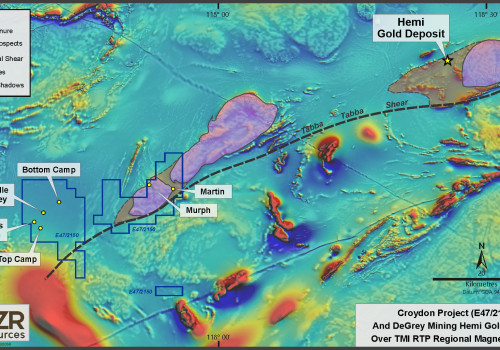 A multi-commodity exploration and development company, with a track record in the discovery of high quality, commercially-scalable assets in Western Australia. 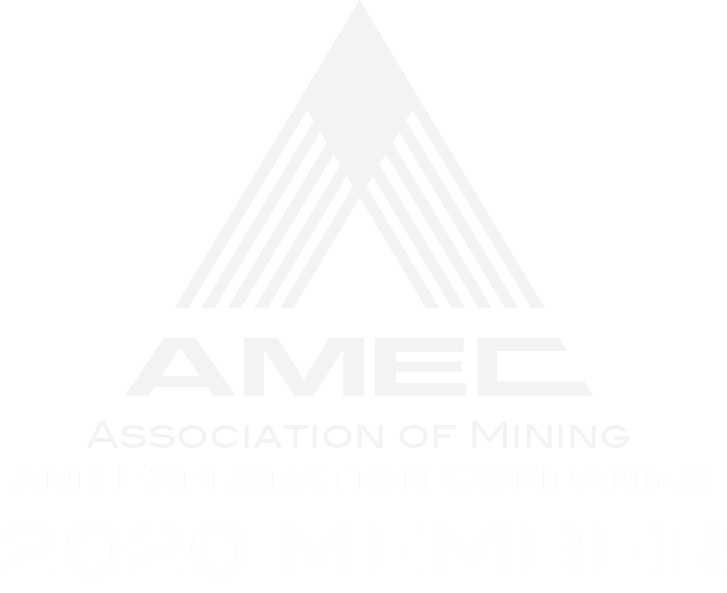