The Yarraloola Iron-Ore Project is located approximately 140km southwest of Karratha, between to the RioTinto-owned Mesa-A and Mesa-J iron-ore mines. The project is also close to the township of Pannawonica, a support town for the nearby Rio Tinto operations. Yarraloola is accessible by the North West Coastal Highway, a sealed road that connects all major towns in the West Pilbara.

The Yarraloola Project covers a basement of Ashburton Basin sediments and volcanics overlain in parts by sediments of the Carnarvon Basin. Iron mineralisation in the Ashburton Basin has been mapped in a 12 km long by 1km wide sequence of magnetite-rich rocks intercalated with felsic volcanics. In the Carnarvon Basin, flat-topped mesas of pisolitic iron-stone are concentrated in palaeo-channels associated with the Robe River. Tenure held by CZR Resources in this palaeo-channel system is contiguous with iron ore resources held by Rio Tinto.

The deposits are hosted by two flat sheets of pisolitic ironstone that overlie each other, with the upper sheet containing the 24Mt of higher grade ore (Fig 4).

The Robe Mesa Deposit is currently undergoing an independent strategic review to determine the project economics. Studies are being carried out to characterise the ore using sonic core drill samples (Fig 4), as well as designing mining, processing, transportation and ship loading infrastructure, along with investigating offtake partners and business development models.

The Ashburton Magnetite System is a 12 kilometre-long package of magnetite-bearing rocks that is up to 300 metres wide. The steep-dipping sequence contains multiple close-spaced lenses of magnetite-rich schists that are similar in character to FMG’s Iron Bridge Deposit.

Magnetite mineralisation in the Ashburton Magnetite System is different to other BIF-hosted occurrences in the Pilbara as the magnetite crystals are coarser grained, the host rocks are softer and the sequence is free of asbestos.

RC drilling rates across the prospects have consistently been in excess of 200 metres per day, with preliminary Davis Tube Recovery results (using an optimised grind size of -38 µm) show that a high proportion of the drill samples report a mass recovery greater than 10%, Fe grades greater than 66% and SiO2 contamination less than 5%.

Three named prospects (Spinifex Hill, Rossi and Walrus), representing surface expressions of the strongest and most coherent aeromagnetic anomalies, are being progressively drilled by CZR Resources with the intent of developing a series of JORC-compliant magnetite resources. 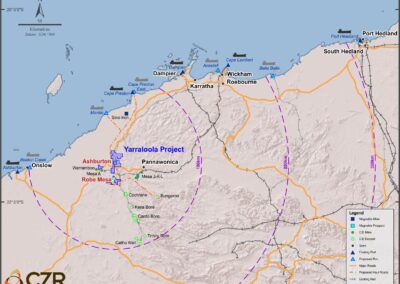 Figure 1 – Location of the Yarraloola project Robe Mesa iron-ore deposits and the Ashburton magnetite prospect in the West Pilbara of Western Australia. 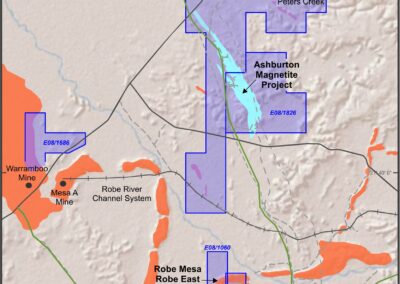 Figure 2 – Location of the Ashburton magnetite prospect and the Robe Mesa and P529 deposits on the Yarraloola tenements. 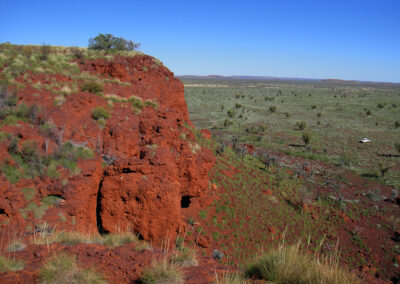 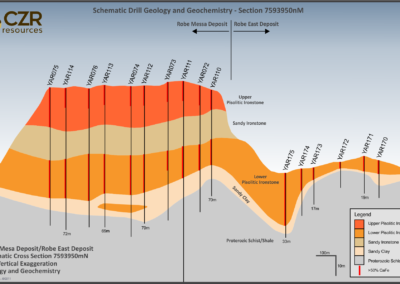 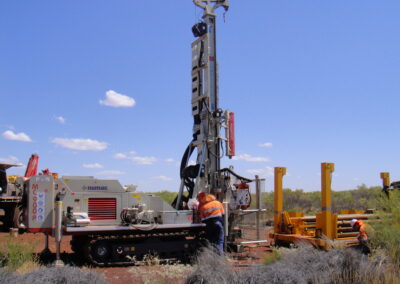 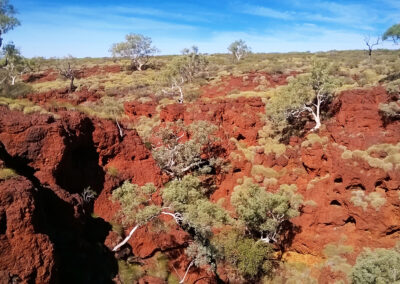 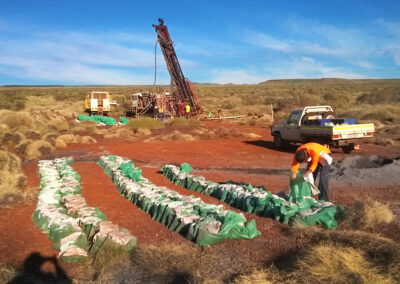 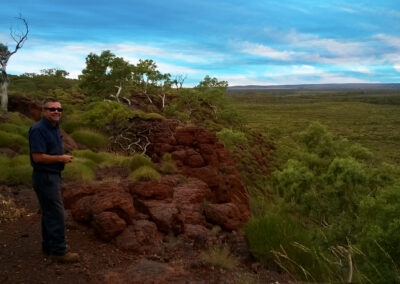 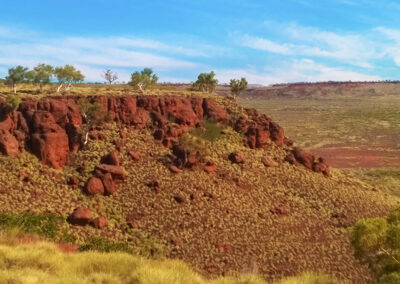