The project geology is dominated by Mallina Basin sediments through the western half of the tenement and older granite-greenstone terranes to the east.

Systematic sampling and drilling of these anomalies by CZR Resources had resulted in the discovery of significant gold mineralisation at Top Camp in 2019.

Named prospects in the granite-greenstone terranes (Murph and Martin) represent gold and copper anomalies along the contact with a large granitic intrusive.

Elsewhere across the tenement there are large areas with evidence of historical prospector activity that are being progressively sampled and drill-tested. 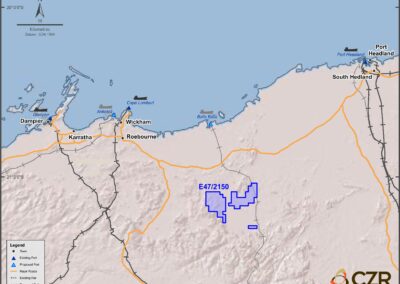 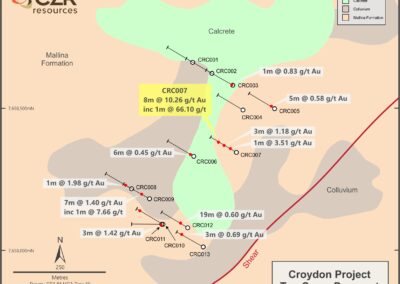 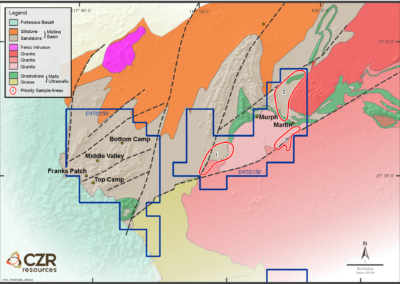 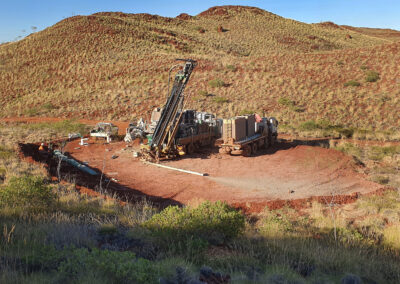 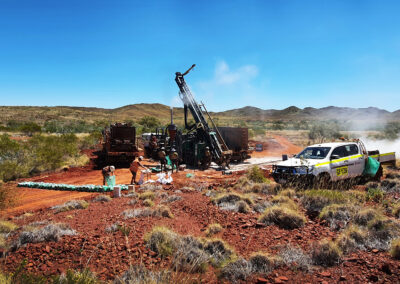 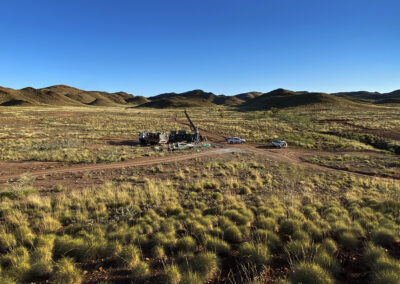 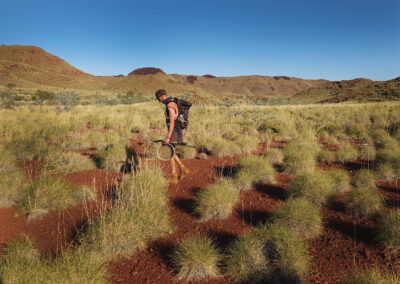